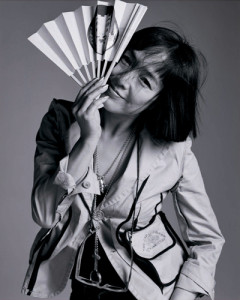 Actress Kaori Momoi knows how to get under the skin of her characters. In a career spanning four decades, and working with many prestigious Japanese directors from both the old guard (Akira Kurosawa, Kon Ichikawa, Yoji Yamada) and the new (Shunji Iwai, Koki Mitani, Takashi Miike), Momoi has distinguished herself as an actress who is not shy about turning her characters inside- out to reveal the flaws, idiosyncrasies, and motivations that drive them.

Her effortless portrayals of a kaleidoscope of characters have earned Momoi the respect of the industry, and countless awards, including two from the Japanese Academy for Best Actress, and one for Best Supporting Actress.

Momoi’s acting magic also caught the eye of director Rob Marshall, who cast her as the shrewd ‘mama-san’ in his epic ‘Memoirs of a Geisha’, and introduced Momoi to the global stage in 2005.

In recent years, Momoi continues to jet-set between east and west, working with a variety of up-and-coming directors from around the globe, and establishing herself as an actress who champions the experimental edge that these new directors have to offer.